Our mission is to give people clean water

Main page NewsOur mission is to give people clean water

Our mission is to give people clean water 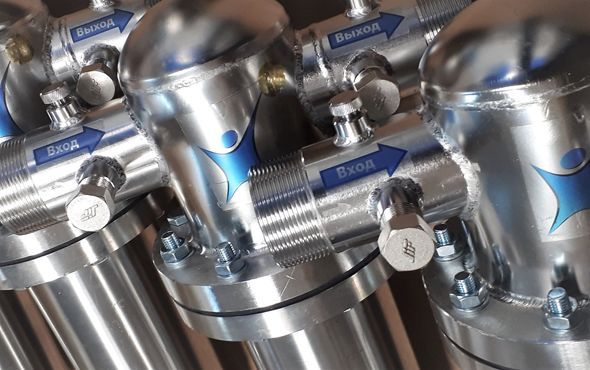 Water is not accidentally called the oil of the XXI century. The value of water is growing every year: today, more than 660 million people on the planet live without access to potable water. Scientists predict that droughts, pollution and shallowing of large rivers and reservoirs will become the main problem of humanity in the coming years, while political scientists warn that it is water that can cause large-scale wars in the future.

It seems that Russia, with its fresh water reserves, will avoid these problems. But this is only at first glance. The slowdown in the construction of water supply facilities, pollution of natural sources and dilapidated pipelines have led to the fact that clean water and we become less and less every year. It is lacking in neither the inhabitants of Russia, nor agriculture, nor industry. About why production cannot live without clean water and what technologies can solve this problem once and for all, Nikolai Borozdenkov, executive director of RUSTECHNOBUSINESS business association, told Russian Planet news.

What difficulties with water today are experienced by Russian enterprises?

– Water, like electricity, is something without which no production can function, be it a leather factory, an industrial or agricultural enterprise. Water plants need for technical needs, for drinking. If we talk about the quality of technical water, then it should be clean, without suspensions. This is important for all industries, especially for food. And how to remove the suspension, if the volume of water used is measured in hundreds of tons per hour? Traditional ways are slow and expensive. So the plants either do not purify water at all, or do it in part.

And how to solve this problem?

– Much depends on water quality, including the cost of production. Water systems under the brand NEPTUN, which are offered by the RUSTECHNOBUSINESS company, make it possible to remove suspensions quickly and cheaply. They will not get into the products, and, importantly, they will not lead to premature wear of the equipment. After all, due to bad water, the company has to allocate considerable funds to replace pipes, equipment and communications. But thanks to the high-quality, purified water, these expenses can be avoided. So, it will be possible to reduce the cost of products. 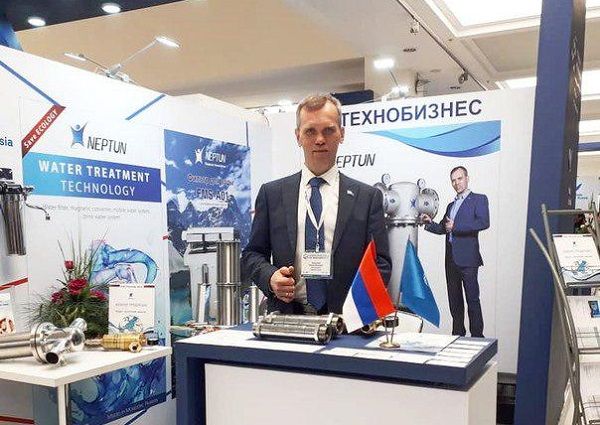 Why is it now that the issue of clean water in enterprises has become so important?

– Everything is simple: in a crisis, everyone is saving and looking for any ways to reduce costs. Previously, this was not particularly thought of, besides, the industry has its own rules: all technologies are applied in accordance with the standards adopted in the industry. Yes, and why it was necessary to change something? You can compare this situation with the roads. They are not very high quality, but you can earn good money for them, shifting asphalt every year.

Huge funds were allocated for water treatment, by the way, hundreds of thousands of enterprises and boiler houses throughout the country, tens of kilometers of pipes. But times have changed, and new technologies in water treatment today relevant as never before for our country.

– Of course. Imported water treatment equipment costs a lot of money. Our allows us to solve the problem quickly, inexpensively and efficiently. It really gives great savings. Companies tend to survive in difficult economic conditions, including budget companies, because they have less money to allocate. That’s why now everyone is so preoccupied with the search for technologies that allow you to quickly resolve the issue with water treatment.

What is this technology?

– Speaking the word “new”, I want to clarify: all the developments that we use were invented back in the Soviet Union period. Some of our employees are old people by today’s standards, they are 60-80 years old, but they have a lot of experience in heat and power engineering and water supply.

These people are still ready to give their strength and time for the good of the country.

And we, the younger generation, are helping to preserve this invaluable experience and translate it into a modern technological level, in a completely new design, using innovative materials.

Speaking about the Soviet Union technologies, you involuntarily ask yourself the question – how many of them have flown to the West at one time … Your technologies did not try to divert?

“It’s not so easy if you don’t know how the technology works.” Without an understanding of all the processes it is impossible to obtain a patent and use these developments. We have been offered to sell our patents more than once, completely – the same Americans, Israelis. But we want these technologies to serve Russia. We tried to copy our developments, but there are no complete analogs, what I see is either replacement technologies or traditional ones that are much inferior to ours in terms of efficiency and cost savings. 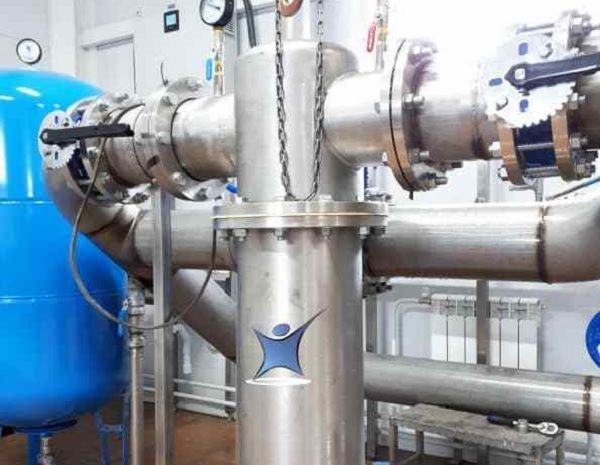 You have no idea how many developments in various areas of the national economy have been gathering for decades on shelves and then leaving for Japan or the USA. And then they were sold to us, for huge money. Now we have a chance to change the situation – in terms of water supply for sure. We have long been on the market, but, as I said, nothing has changed in water treatment over the years. In 2015, we realized that there is a request. We have teamed up with colleagues and enthusiasts and founded a company of like-minded people, whose main idea is to provide clean water to the national economy of Russia.

What is the advantage of your industrial water treatment systems?

– In short, they allow you to get clean and stable water in the required amount on absolutely any object, be it a farm, a factory, a private apartment block or a whole block.

And most importantly, due to the absence of consumables, such water will cost much less than using traditional water treatment technologies.

We know everything about water. Where does it come from, how to keep it and clean it, what to do with domestic waste water – everything in the complex. Moreover, all our production is fully concentrated in Russia, in Moscow and the Moscow region. “Made in Moscow” – it was under this slogan that we presented our products in Armenia and Uzbekistan, for example.

Can you talk about your technology as a new industrial standard?

Yes and no. The fact is that in industry these or other solutions used do not become the standard immediately. Standards are revised periodically with the advent of new technologies. For example, magnetic water treatment to eliminate scale in thermal power was adopted as a standard about 10 years ago, although the technology itself has been known for a long time.

In order for a technological solution to be finally adopted as a standard, coordination at the ministerial level is necessary. And in order to at least take a look at your developments in high offices, it may take more than one year. Then we decided to turn directly to the consumer, to industrial enterprises. Our technology has proven to be very popular and can become a new standard in water treatment. It has been tested, its effectiveness has been proven, it can be implemented. 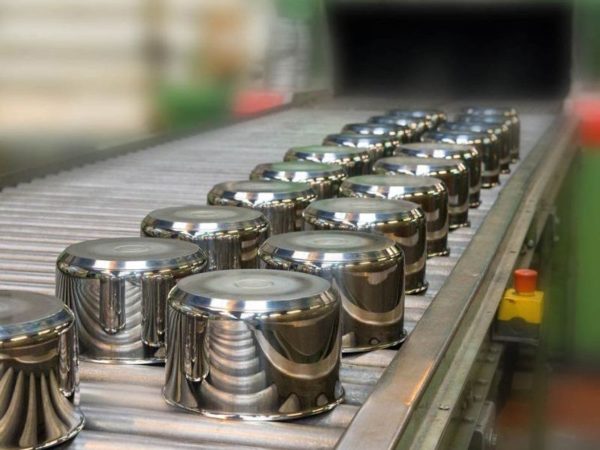 How many companies in Russia use your water treatment system?

– Already more than 20 thousand. Moreover, more than half of our clients have come in the last 5-6 years. Our industrial filtration systems for liquids, magnetic transducers, ultraviolet disinfecting plants are used in various fields: in water utilities, urban farms, construction, power engineering, in the chemical industry, in woodworking, in the oil industry. Last year, we finally decided on the model range for mass production and are ready to fully meet all the needs of enterprises throughout Russia.

It is clear with enterprises. And ordinary people what water is better to drink?

Local water, because it is fresh! Water from the tap is also suitable, it has all the necessary trace elements, but it must be passed through a good filter. In our product line there are solutions not only for enterprises, but also for individual households – apartments, private houses.

We do not use osmotic cleaning technology, it has a number of drawbacks, and in Europe, for example, they have recently refused to use such water. We also do not use plastic in filters: stainless steel and glass are much better in this regard, they do not affect water in any way.

Water is the source of life. Earlier, before founding a city, they were looking for a special person, a sage, who chose the right place according to one criterion: where there is a correct, living water. And it must be fresh.

Does this principle still work?

– On the one hand, everyone understands that this is so. But for some reason they do the opposite. Let the water through the pipes, and the problem seemed to be solved. But pipes can reach for 10, 20 kilometers. You understand that the quality of such water will be much worse. Not to mention bottled water: it is, in fact, a distillate that is unfit for consumption. 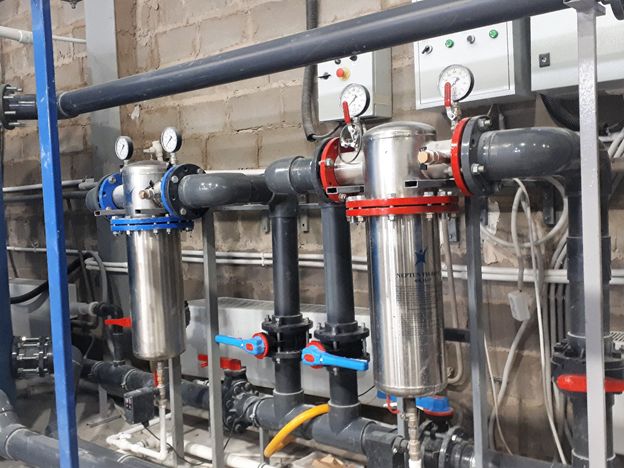 Do you plan to enter the international market?

– The company was created just to enter foreign markets – until 2014-2015, we were not too in demand in Russia, and at the very beginning of the conversation, I explained why this happened.

But the circumstances were such that these technologies are needed primarily in the country. A vivid example is the Crimea. After his reunification with Russia, the region’s long-standing problems with access to clean water came to light. And now there is a real environmental disaster. We have developed a comprehensive water treatment solution for obtaining clean water for agriculture and the population.

Our solution is more strategic than technical and is aimed at providing water to the Crimean peninsula for many years. Indeed, without clean water, neither agriculture nor industry can develop.

But all the problems of enterprises pale in comparison with the terrible figures of UNESCO statistics. Every year, 5 million people die on the planet – just because they do not have access to clean and safe water. Therefore, we face another ambitious task: we want to give clean water not only to Russia, but also to those countries where there is an urgent need for water. Our technologies can solve water supply problems in both Africa and India. And they are already deciding: we are closely cooperating with the United Nations on water purification programs for the population of African countries, where the need for water is vital.

Our technology is like a Kalashnikov assault rifle: it works in any conditions, it requires minimal maintenance, it is cheap and effective

And allow people to get clean wholesome water where they live. We are interested in partners who support our desire to give people the best in the field of water treatment.