RUSTEHNOBUSINESS took part in the second International Industrial Exhibition EXPO-RUSSIA UZBEKISTAN 2019 and TN At the opening ceremony of the exhibition were attended by Chairman of the Chamber of Commerce and Industry of Uzbekistan Adham Ikramov, First Deputy Minister of Industry and Trade of the Russian Federation Sergey Tsyb, Extraordinary and Plenipotentiary Ambassador of the Russian Federation to the Republic of Uzbekistan Vladimir Tyurdenev , Chairman of the Organizing Committee of Zarubezh-Expo OJSC, David Vartanov, Head of the Representative Office of the Russian Export Center in the Republic of ike Uzbekistan Prokhorenko Dmitry.

It is gratifying to note that the enterprises that took part in this event personify the powerful economic, industrial, scientific, intellectual and personnel potential of Russia and are capable of raising and fulfilling tasks of a national scale.

More than 500 enterprises from various cities of Russia took part in the exhibition Expo-Russia Uzbekistan.

A separate block was presented exposition of Russian companies and organizations – exhibitors, participants of the national stand of the Russian Federation, representing innovative developments in various industries under the brand “Made in Russia”.

The exhibition also featured products of Russian companies engaged in the fields of energy, engineering, metallurgy, construction, transport, telecommunications and communications, the mining and chemical industries, the agro-industrial complex and others.

During the inspection of the RUSTEHNOBUSINESS stand, Sergey Tsyba, Deputy Minister of Industry and Trade of the Russian Federation, noted the great importance of using modern water treatment systems in industry and agriculture of the two countries of Russia and Uzbekistan, as well as the high potential for applying Russian water innovations to expand economic interaction between the countries.

During the exhibition, we met and discussed the urgent problems of water purification with representatives of more than 300 enterprises of Uzbekistan and outlined new opportunities for their solution based on innovative technologies RUSTEHNOBUSINESS. 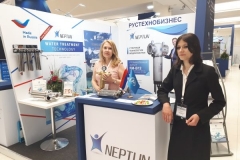 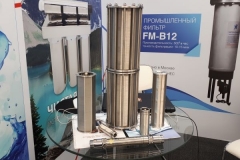 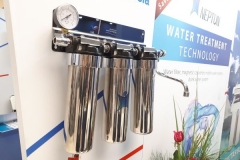 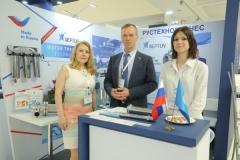 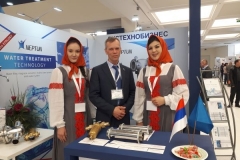 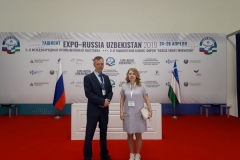 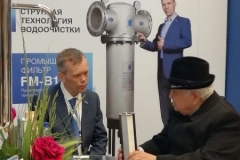 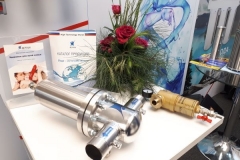